The physical stream restoration portion of the project involved relocating one and a half miles of stream channel in lower Allen and Jones Creeks to their historic sinuous alignments, and constructing a new outlet channel from Jones Creek to Ebey Slough. This work was based on historical analysis of aerial photographs and hydrologic modeling. The relocation of the channels restored stream hydrologic functionality and in turn habitat quantity and quality. In addition, tributary meandering channels connected to the main channels were cut to provide smaller channel habitat that act as refugia for juvenile salmonids and facilitate functioning flow dynamics within the site. 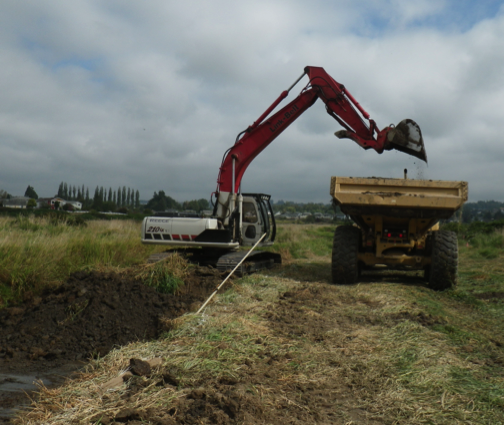 Material extracted during the stream relocations and tributary channel creation was used to fill the straightened channels and other agricultural drainage ditches, as well as to create topographic relief on the site that functions as floodplain vegetated islands and wave attenuation berms. Filling low areas and adding site relief along the channel edges and within the floodplain promoted tidal channel formation and the foundation upon which native estuarine vegetation has begun to re-establish. In addition, these berms have been planted with appropriate shrubs, such as native willow species, to facilitate the establishment of a native riparian community. 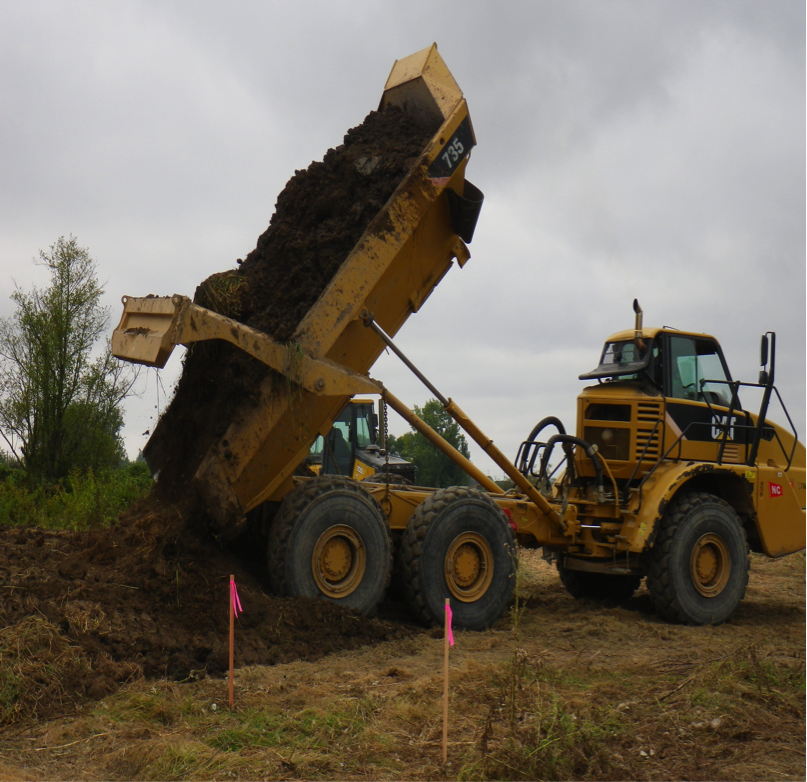 Riparian areas adjacent to the streams, slough, and along the northern and eastern perimeters of the project area have been planted with native vegetation to facilitate the rate of recovery of plant and forest communities. 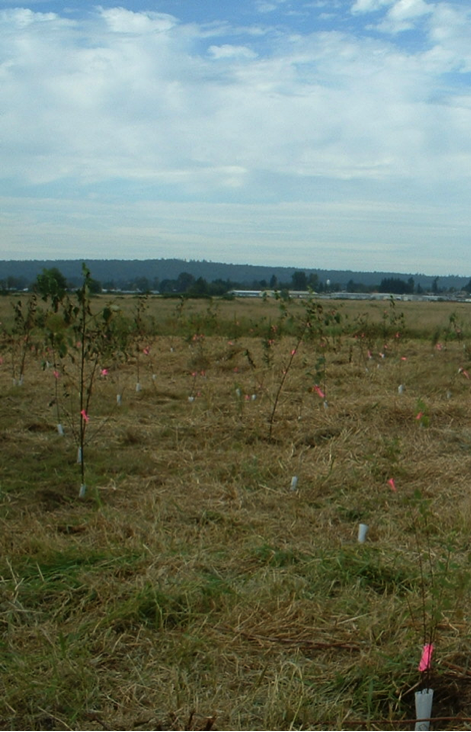 The major portion of the construction effort involves building a setback levee along the western edge of the project site. This setback levee is being installed in order to protect a neighboring industrial park, sewage treatment facility, municipal infrastructure, and private property located adjacent to the western edge of the Qwuloolt floodplain. Once the setback levee is constructed, the southern levee along the north edge of Ebey Slough will be lowered and breached. As much of the levee as is feasible, given nearby infrastructure constraints, is being removed or lowered.

The most critical biotic aspect of levee breaching is that it will restore salmon and other anadromous fish access to estuarine, side channel, middle and upper watershed habitats in Allen and Jones Creeks. Tidal circulation is the linchpin to creating a positive ecological feedback upon which functioning and sustainable estuarine habitat depends. Levee breaching will allow salmon and anadromous fish to access the tributary channel networks of the greater Qwuloolt watershed. 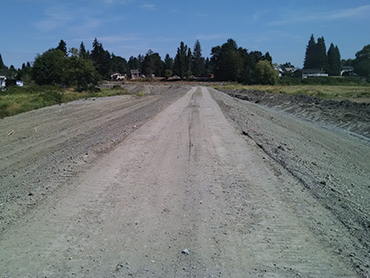