The estuary provides access to spawning grounds and rearing and feeding areas for salmon and other anadromous fish, which spend much of their lives in marine waters as adults and return to freshwater to breed. Within this migratory life cycle, the estuarine ecosystem plays a critical transitional area, not only as the aquatic connection between riverine and marine environments, but also as a refuge for adult and juvenile physiologic adjustments to fresh and salt water, and as a place of rearing and feeding for juveniles. Currently, salmon migration through the Snohomish Estuary is difficult as extensive diking and tide gates limit access to small side channels and adjacent wetlands as well as upstream tributaries. These side channels and wetlands provide essential habitat for evasion from predators, resting during migration, and opportunities for feeding.

It is estimated that loss of side channel habitats and estuarine wetlands have reduced the production capacity of Chinook salmon to approximately half of historic levels prior to Euro-American settlement. Yet, all anadromous fishery stocks are at risk because of historic losses of estuary habitat and continued environmental degradation. Restoration of the Snohomish Estuary is a high priority for salmon recovery in the region (Snohomish Basin Salmon Recovery Forum, 2005). 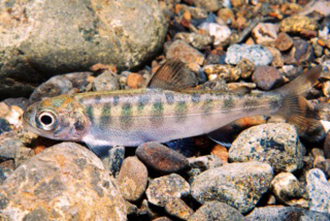